The Ukraine Holodomor happened in the country of Ukraine, located in Eastern Europe.  Ukraine, during the time of genocide was part of the Soviet Union and remained part of the Soviet Union until 1991, when the Soviet Union dissolved.
The Ukraine Holodomor affected the entire country of Ukraine. The country side, the peasants who farmeed suffered the most because of this genocide.
The location of this genocide was not just in Ukraine, as there are reports of other nations that were affected by a Holodmor.  The other nations included were Russia, Belarus and Kazakhstan. Ukrainian people were also deported to Siberia, where many died as a result.

Click to see a current map of Siberia
A map of the areas of Ukraine affected by the Holodomor. 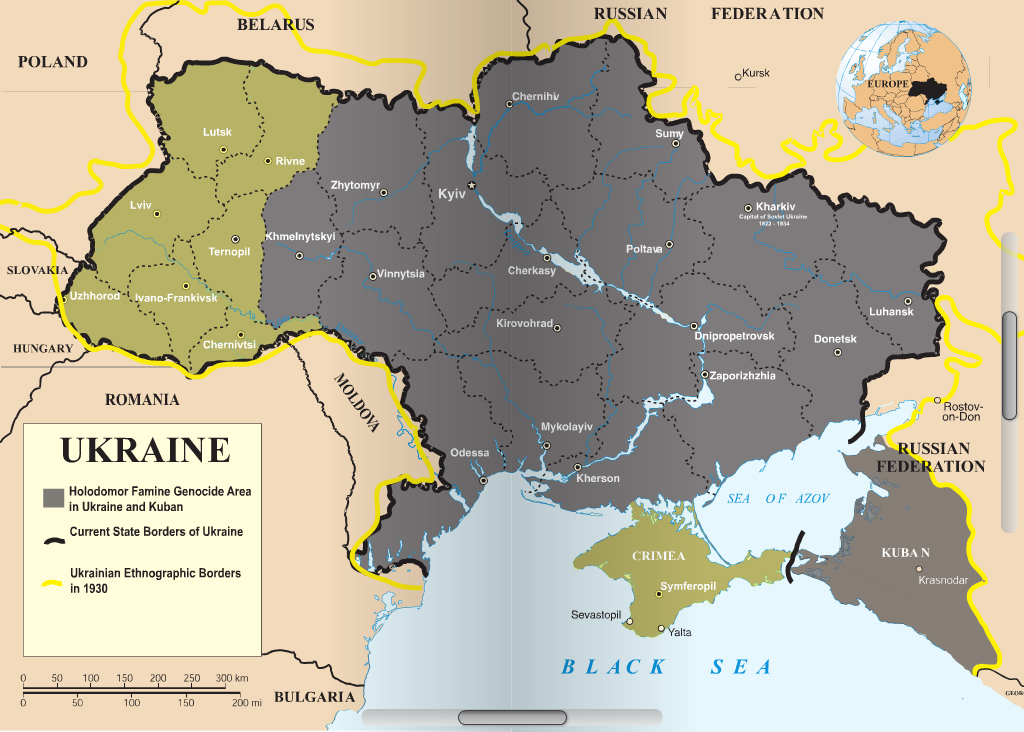